In times of difficulty and suffering Christians have the advantage of being able to go to God’s Word for comfort. The Bible is a treasure trove of truth, light, and blessed comfort for God’s people. Isn’t God incredibly gracious and loving to have provided such riches in His Word?

It is important to learn and meditate on the truths, warnings, promises and exhortations in God’s Word before challenging times arrive. To the degree that we have done that we will be better prepared to meet the “difficult providences” that God brings into our lives. As we remember and meditate on those things during difficulties and trials God will give us direction, wisdom, and comfort – especially by the power of the Holy Spirit working by and with the Word of God in our lives.

But whether remembering truths already contemplated or learning them for the first time, we will be better prepared to go through dark times. With that in mind I would like to list a couple of the many truths that we find in Scripture. In a future post I hope to list a couple more.

END_OF_DOCUMENT_TOKEN_TO_BE_REPLACED 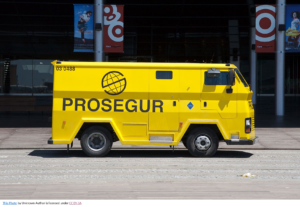 As we heard news of these various crimes, we prayed – asking the Lord to be at work. Begging God to change the hearts of the criminals. Praying for healing, comfort and peace for the victims and END_OF_DOCUMENT_TOKEN_TO_BE_REPLACED