I don’t know about the United States, but here in Uruguay, Day of the Woman is a big deal. There is a call for women everywhere to not show up to work, to prove that they are an indispensable part of the economy. 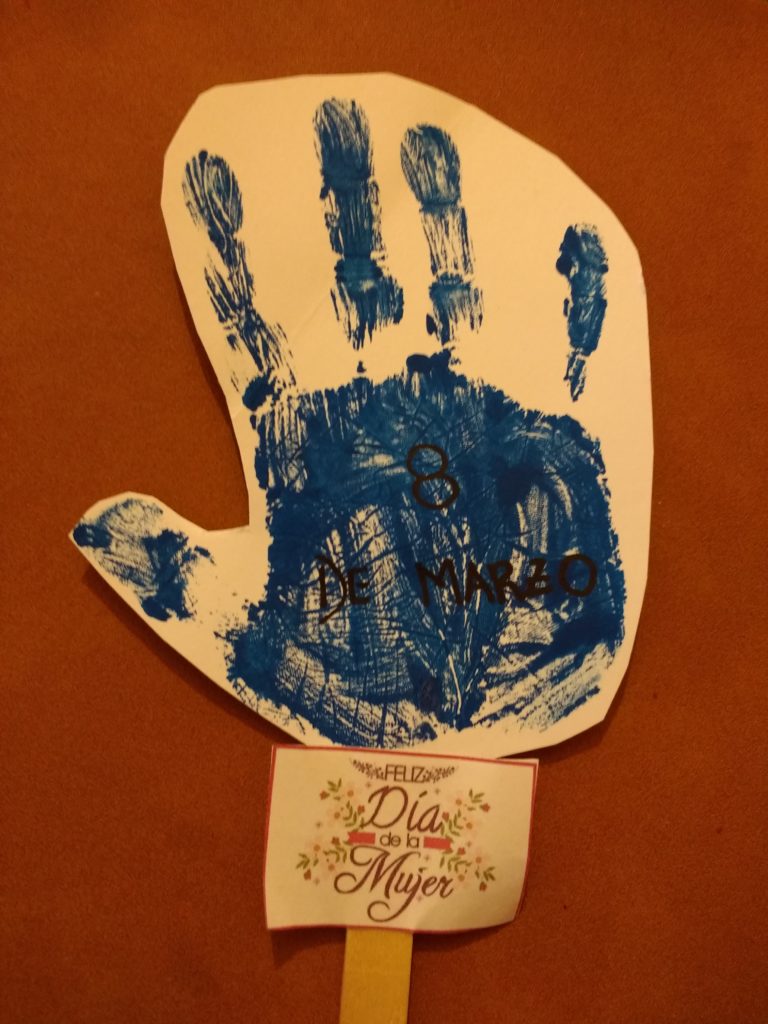 Likewise, every year in school the children learn about the advances women have made just in the last 100 years to go from obscurity to a place where they are just as valuable as men–almost just as valuable anyway, as they also learn about the advances that still need to be made. They make it very clear that society needs women–even mothers–to be in the workforce making a real contribution. So each year I am provided with the opportunity to teach my children about the valuable role women play as mothers and nurturers and to highlight the very important contributions women have been making in the world, not just beginning in the twentieth century, but for the many thousands of years of human history.

As we begin our church plant in Uruguay, we are ministering in a feminist culture. There are so many demands placed on women here. The economy in the city all but demands that women have a full time job, even as they balance raising children. Not surprisingly, families tend to be very small in the city here. If a family has 3 children eyebrows are raised. If a family is brave enough to have more than one child, there is usually a large gap between them, because it is challenging to care for one little one in the city, let alone two. Not only are children expensive, but life in the city is challenging with little ones.

But the Biblical message that we teach of distinct gender roles  in the church and home is not primarily a negative message – a message about what women can’t do. It is actually primarily a positive message. A woman’s role as nurturer, helpmate and mother is indispensable both in society and in the church. The role that men have, as leader in the church and home, is not the only valuable role and it is not the best role. Jesus himself taught us that He came to serve, that the more honorable position is the one of a servant, and that even those in positions of leadership should lead from an attitude of a servant.

I think the main complaint of the feminists on the Day of the Woman is that a woman’s “traditional” role is that of a servant – they serve by preparing meals, they serve by keeping the home in order, they serve by caring for the physical needs of infants and children. They serve by promoting the interests of their husbands and their children instead of making a name for themselves. We see women in the church often gravitating to these same traditional roles–helping with hospitality, caring for the children, offering an understanding ear to those who are hurt and grieving. But there are those both inside and outside the church that would like to see that changed. They complain that there aren’t more women hashing out the details of theology in the back of the sanctuary after the service with the men. They wonder what is wrong with these women? Why can’t they be more like men? And the work women are already doing – isn’t that just drudgery that they are left to do because the men are too busy with more important matters? This is what we hear so often from all sides.

So, I am writing to say, Happy Day of the Woman. But what I mean by that is not a cry for equality in the sense of being the same as men. I would like to celebrate all that women do behind the scenes, both in the church and in the home. They are quietly using their gifts to encourage and build up their family and all those around them. These women are intelligent, resourceful and gifted. They are busy using their gifts to the fullest and do not need to clamor for more. They are often doing all this while also working full-time at a job. Their work is almost always invisible, and all those who clamor for a bigger role for women seem to forget that the role that women do play and have played throughout history couldn’t get a whole lot bigger. It is a vital role and when women leave it behind to compete with men, our churches and our homes are left with huge gaps. What is the value of a warm, healthy meal prepared economically by a woman in the home? What is the value of a mother who is willing to go through the aches and pains of pregnancy and childbirth to give another human being the opportunity at life? What is the value of a mother who prays fervently for her children – children for whom she worries over and cares for day and night? What is the value of an older women coming alongside a young mother who is overwhelmed with her responsibilities, to help her out? What is the value of the church sharing a meal together, a meal prepared mostly by women? What is the value of caring for the widow, the orphan, the aged or the sick?

These jobs and so many more that women do are all extremely valuable and are not easily replaced. They are not the worthless jobs that should be minimized and delegated so that women can get on to meaningful work. Jesus Himself elevated this type of work, caring for others and serving others. Women: we are the privileged sex because this type of service is our natural role. Yes, Jesus’ message is about as far from the message that world has to offer. Let us not be ashamed of this message, and let us remember to honor women for all that they actually do in our churches and in our homes.