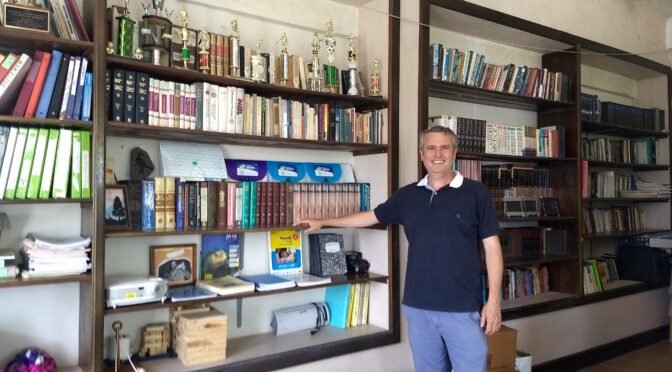 Paul and his associates were interested in making disciples and appointing leaders – especially leaders who would serve in church office such as elders (and presumably deacons). God’s people need leaders, and that is why He has appointed undershepherds such as elders and pastors. (Jesus is the Great Shepherd, John 10:14; 1 Pet. 5:4). There are also others in the church who lead in varying capacities as they use their gifts among the body.

A leader can do much good and be an effective servant for the glory of God. On the other hand, a leader may do much evil and wreak havoc within the flock. Ultimately the Lord is in control and uses difficult and even horrendous circumstances to accomplish His purposes and for the good of His people (Rom. 8:28). At the same time, the Lord calls upon His people to adequately identify, train, and equip leaders, pointing them to the Biblical requirements for service in the Church. Leadership development and theological education are critical in helping train leaders in God’s revealed truth as contained in the Scriptures of the Old and New Testaments in terms of both doctrine and practice. God has appointed His Word as our only authority.

Like Paul and the early church, we desire to be faithful in developing leaders for Christ’s Church through discipleship, training, and theological education. The Presbyterian Church in Belize (PCB) is working to train leaders within their denomination and in partnership with other organizations like Mission to the World (MTW). Historically they have had many opportunities to train officers, officer candidates, and church members through seminars, seminary classes, lectures, discipleship programs as well as other means. God has opened the doors to continue to do more of the same and even expand opportunities. If we are to reach every man, woman, and child in Belize with the message of the Good News of the Lord Jesus Christ, then we will need solid, biblically sound leaders who love the Lord and are committed to His Word. The PCB has 16 church works (churches and mission works) with only 6 pastors. They also have several schools ranging from preschool to high school. Pastors typically preach in two or three locations each Lord’s Day and struggle to lead, guide, and serve their flocks while balancing other responsibilities. The need for leaders remains great.

MTW has graciously offered a matching fund that will be used for leadership development. The money will be used to help offset costs such as:

If you or someone you know would like to invest in future leaders in the Presbyterian Church in Belize, then please consider contributing a gift toward the leadership development matching fund established by MTW. They will match up to $3575 USD through April 30th, 2021. Please pray that God will raise up men to be pastors, elders, and deacons – we are desperately dependent upon the Lord!